The other day I had a thought-provoking conversation with my son. He had been climbing a particularly high rope ladder, which led into a rope tunnel, which ran over a river. He came dashing back over to me, looking a bit uncertain and worried and relayed to me how scared he had been doing this activity.

He told me that he had been so worried because the rope was swinging and he thought what if it swung too far and he fell off. He then said he got into the rope tunnel but was worried as he thought maybe the ropes could be loose and then what if he fell through and then he’d fall into the river, and he would bang his head which would make him ‘unconscience’ (he meant unconscious if you couldn’t tell!) and then he would drown.

He was clearly a bit shaken by something that had happened on his tour of the rope tunnel, and so I put my arms around him and pulled him on to my lap. And as the blood supply to my toes began to cut off  (he’s a tall, pure muscle, rock of a boy), I told him that I was so so sorry that he had felt scared, and that he had felt he was in danger. And I held him.

And then, as I began to get the unmistakable feeling of pins and needles in my poor little feet, I said to him, “that was quite a lot of what ifs’. He looked puzzled. So I explained. I explained that he had used a lot of his energy and his brain thinking about things that hadn’t happened, and may in fact not even happen at all. That he had planned a whole disaster around ‘what ifs’. I watched him as he thought about. I could see he was thinking through the logic of this. And then he grinned at me, in the beautiful, cheeky “oh mum” kind of way that he has, and he simply said “yeah, I guess so” and jumped off my lap and ran off to play some more.

As I sat there watching him swinging in the rope tunnel a few minutes later, laughing with his brother, I realised that I also spend a lot of my energy contemplating ‘what ifs’.

What if I sleep past my alarm tomorrow.

What if I forget to buy bread and milk on my way home.

What if that person thought what I said was stupid.
What if I’ve made a mistake with this choice I’ve just made.

So many times a day the what ifs roll around in my head. And coming, right on the back of them, if I am not paying conscious attention to them, comes the worry and the anxiety and the confusion.

How about you? How frequently are you entertaining ‘what if’ in your thoughts? And are you sending him packing, with a door slammed firmly behind him? Or are you rolling out the red carpet and preparing the guest room for him to set up residence?

If you want to see change in your life, in your circumstances whatever they may be, a good place to start is by looking at the impact of what ifs in your thought life.

Don’t waste todays energy worrying about the ‘what ifs’ of tomorrow.

∗ Home
∗ Who I Am
∗ What I Do
∗ Blogs
∗ Podcasts
∗ Contact Me 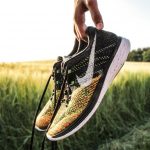 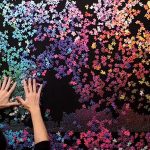