If you’ve been following my Facebook and Instagram feeds @helenbredenkampcoach, you will have seen a few posts on the topic of ‘You and Your Brain’. These posts were inspired by a workshop I attended called Sensory Barriers to Learning where I felt challenged, inspired and encouraged by the content.

So far, we have looked at the Brain Stem, the Limbic System (the feeling brain) and the Amygdala, but, really all we’ve got is an overview of these systems. You see the Limbic System and Amygdala have a huge role and make a massive impact on our behaviour and so really it requires more than a few lines squeezed into a Social Media post. So here we are with a blog instead. And, I must confess that trying to get it all into a single blog has proved difficult. So this blog is simply to explore the concept of Big Feelings. There will be more to come!

For those of you who are parents you may be familiar with the concept of Big Feelings because it is often used to describe what is going on inside your child when they exhibit a big behaviour, such as a tantrum, meltdown or angry blowout. The idea is that because children’s brains are still developing, and the part of the brain that helps with reasoning is un-developed, it means when something big happens – happy, sad, scary or whatever the emotion is, they can’t process it logically and so their actions reflect that.

I saw this process at work many times in my teaching days. Occasions where a student would arrive at my classroom furious because they had been told off in the corridor for an offence they genuinely had not committed. I learnt that I had to allow them the space to process that Big Feeling before I could expect them to participate in the lesson, before I could expect them to read a page of Macbeth to the class or give me Five Adjectives beginning with the letter A. Think I’m being ridiculous? Think I just lack discipline strategies? Well imagine if you will, the ‘wheel of death’ on your computer.

When that little circle is spinning and processing, what can you do? You can’t open any other documents or programmes, you can’t continue with the task you were doing. What has led to this spinning wheel?  To this mental breakdown in your computer’s world? Usually too many tasks and demands all at one time. You need to be patient and allow the computer to process the tasks, to make sense of each of them and where they belong and get back to a functioning place. So too I had to wait for the wheel to stop spinning, or assist my student to stop the spinning, before they could start to work on new tasks.

Now I know it might sound a bit ’emotional’ to some of you. Perhaps a bit melodramatic even. You might be thinking that it is just part of growing up and you grow out of it (there is some truth to this – you’ll see how when we look at the third part of the brain) but allow me if you will an opportunity to show you how real this is to us adults, how we manage Big Feelings everyday. Sometimes with great success, sometimes not so much!

Take for example this situation; you are standing in line at the supermarket check out. You are waiting to pay. But the person in front of you has a R7.00 off voucher and is demanding to use it. The checkout lady has explained that the system that processes the voucher has crashed and so she cannot scan the voucher, therefore discounting the money, but that if the customer pays for their shopping they can then go to the customer service desk and they will give the R7 in cash. But the customer does not want this. They demand the checkout lady discounts the shopping before having to pay in full. The checkout lady explains they can’t. The customer demands. The manager is called in. And the people in the queue wait. Until suddenly a lady three people back in the queue shouts “I will give you R50 if you will just get out of the queue!!! I need to get my kids from school!!!” I must admit that what I have written is the PG version of her outburst. I’m sure you can use your own creativity to fill in the blanks.

What that lady was feeling was a Big Feeling. She was obviously in a hurry to get her kids from school, was frustrated that this lady was being obstinate and refusing to see the situation from anyone’s perspective but her own, and probably worrying that her children would be beginning to panic if she wasn’t there to collect them. She was perhaps feeling overwhelmed by the lack of action the manager was taking, and the uncertainty of whether progress would ever be made! All absolutely valid and understandable feelings. What wasn’t valid though was the shouting and swearing at the difficult customer.

Now don’t get me wrong – I’m not judging. Far from it. I’ll confess I was probably not far off an outburst myself – yes, this was a real life situation. And yes, the obstinate customer was in the wrong for being selfish and disregarding the inconvenience she was causing to everyone else waiting in line. But, the reaction wasn’t ideal, or helpful, and if you still don’t believe me, let me paint you this picture.

You are at the playground, you see two kids playing near a swing. The one is waiting to go on and when it becomes free the other child comes along and jumps in front and on to the swing. The child who was waiting says hey, excuse me, but I was waiting to go on. The other child ignores them and carries on swinging. The waiting child says again, excuse me, but I was waiting first. The swinging child says “yeah but I’d been wanting to go on the swing since I arrived at the park”. At which point the waiting child starts shouting and swearing at the swinging child telling them to move out of the way. What are your thoughts about the swearing child? If you were the parent what would you be saying to them? I suspect something along the lines of “I know you are angry but it is not ok to speak to people like that. Go and apologise.” You would probably be feeling embarrassed by your child’s outburst and their language. Am I right?!

Well, can you see any overlap or similarities in these scenarios? We seem to think that because we are adults it is ok for us to ‘act out’ on our Big Feelings and we justify them with why the other person was in the wrong. The reasoning may be true, but if you wouldn’t want to watch a 10 year old speak to someone in that way – why would you want to watch an adult doing that?

I frequently talk with my clients about the fact that we cannot control the behaviours of people around us. We cannot enforce manners or simple, common decency on to other people. But we can regulate our response so that when these encounters do happen – we don’t end up being just as guilty of mismanaging our behaviour – which inevitably just leads to guilt or embarrassment which is really not a good place to be.

So, what I want to encourage you to do is be aware of what your Big Feelings are. The moments where you feel like you are going to explode with anger. Or burst into tears with overwhelming sadness. Or make a sarcastic or critical comment when you feel hurt or rejected. And, when you know what your particular Big Feelings are – make sure you challenge them by applying logic and reasoning before you respond.  If you are not sure how you do that; keep watching my Facebook page as an explanation will be coming soon.

∗ Home
∗ Who I Am
∗ What I Do
∗ Blogs
∗ Podcasts
∗ Contact Me 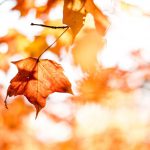 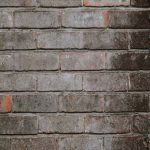